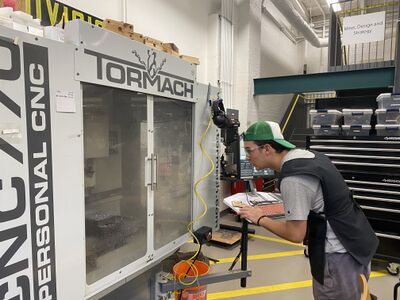 I have been working on creating some of the Titans of CNC pieces to develop a deep understanding of CAM. Milling has a steep learning curve. I started with watching videos on how to use CAM. I then just started to mill. I found that actually milling I was learning a lot more. Actually seeing the tool path cutting in real time, I was able to get a deeper understanding of how everything worked. Understanding how your machine works has been an important thing that I have learned from all my time milling. I know what this mill can and cannot handle. I know what feeds and speeds work best for the different tools I use, and most importantly, I know how hard I can push the machine to get the best results out of it. 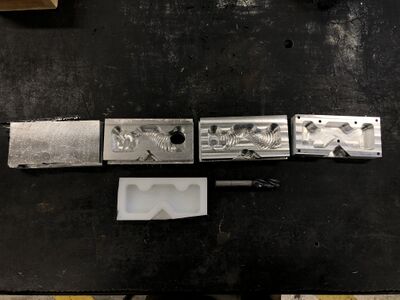 These are the final versions of the first and second piece I milled from the Titans of CNC course. 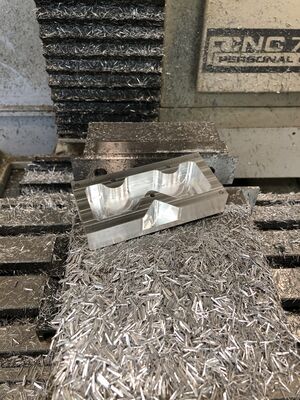 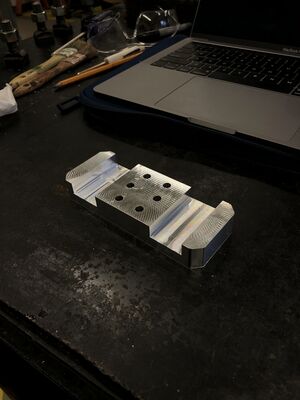 During a Mill job I kept on getting Z-axis fault. I had never gotten an error like this, and none of the Professors had seen an error like this before either, so I had to start from scratch from how to approach this problem. I started from only knowing that this fault was happened during a milling operation. It was during an adaptive clearing of a pocket so there was a good amount of chatter. I read through the owners manual and there was nothing on a "Z-axis fault" error. The manual did say that some wires could become loose if there are enough vibrations. From that, I began going through the whole electrical cabinet, learning about what each of the components do. I located the area that had some relation to the axis motors. I found a set of wires that would fault the machine when I moved them around. They were quick disconnect clips, so I took off the old clips are then re-crimped new ones. I then went back to move them around and the machine continued to fault. Later, I realized that I was probably moving around other wires. I then went through all the wires around that area and finally found the wires that were causing the issue. I was correct with my original assumption that the chatter from my mill operation was shaking loose the wires. The 3 wires that were coming out had broken clamps connecting them to the machine. I could not move the wires to another part of the machine without soldering longer wires onto them. I added some electrical tape around the wires to fit them in snug and then hot glued them in so that would not shake out. 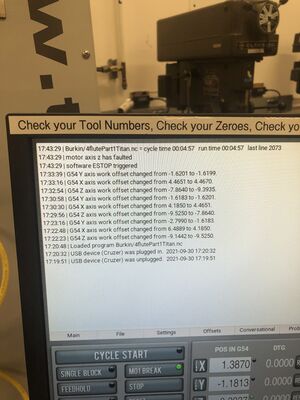 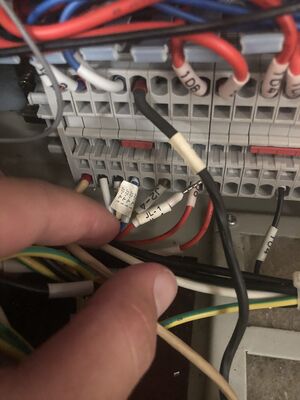 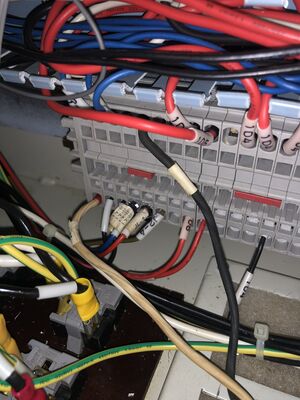 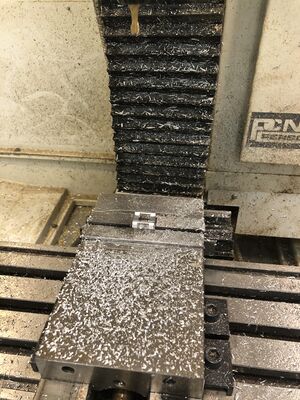 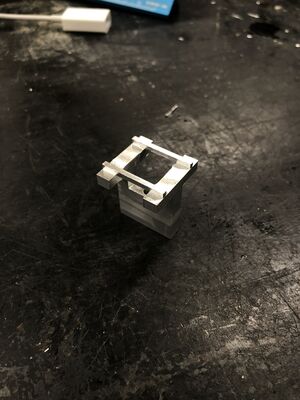 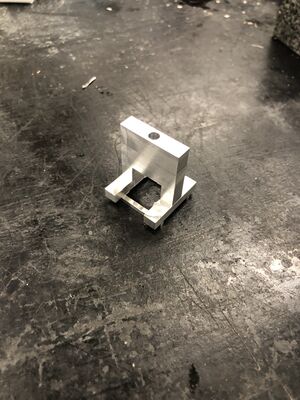 This is a picture of the piece I made in the labs spectrometer. In the picture you can see the NeHe beam on the surface of the mirrors and on the prism that is being held by the piece I milled. The prism is not clean for alignment purposes. 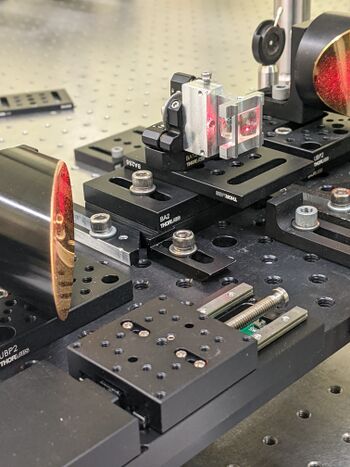 I worked closely with one of the lab members in The Ferris Lab, Bolivar Aponte, on this project. We needed to come up with a way to take spectrometry measurements on flowers that would preserve the flower as best we could. The original set up of this lab was having a slab of aluminum sit on top of the flower with a small hole to hold the probe. We came up with a way that would reduce the amount of surface area on top of the flowers by angling the surface by 45 degrees and then making a holder for the probe so that there is only a small sitting on the flower. This will not only preserve the flowers better, but also make it easier to select the sample area. 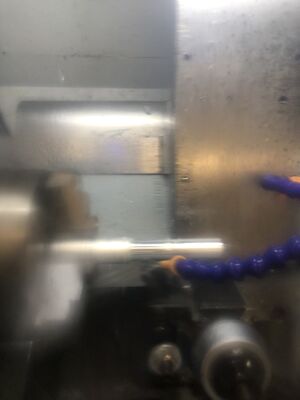 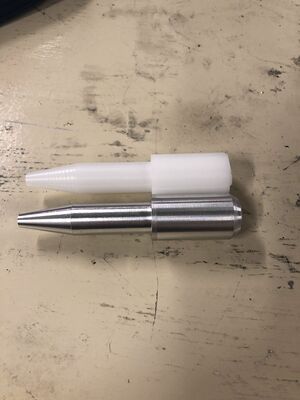 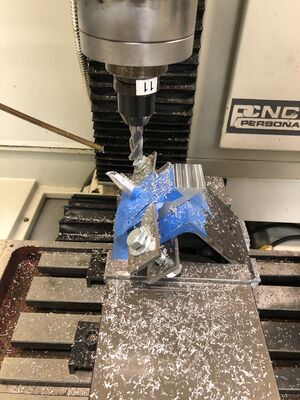 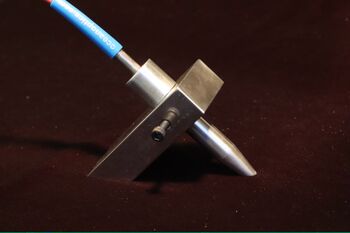 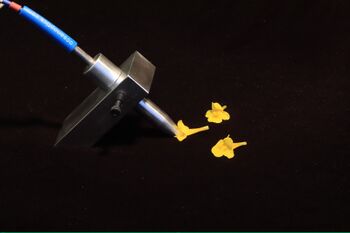 I worked on a project to cut this 1 inch thick, cold rolled slab of steel, into a new base to hold a vice. The entire operation took around 45 minutes. The garnet container needed to be refilled over 10 times and I was constantly checking the orientation of the the water jet cutter. In setting up the program, I had to take into account the kerf of the water as the holes and size of the base needed to run true to the design. I ran a very slow cut for this operation to ensure the the deflection of the water, as it first goes through the steel, does not curve too much through the cut. 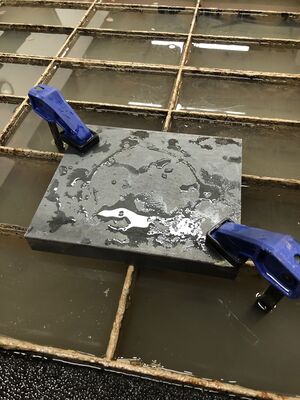 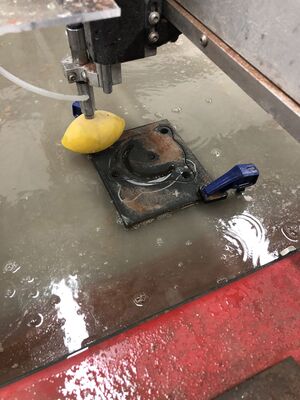 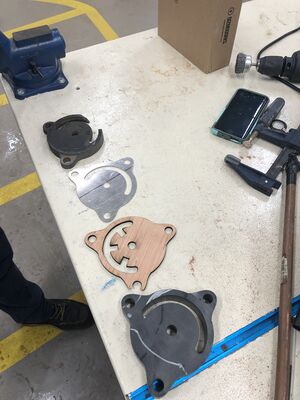 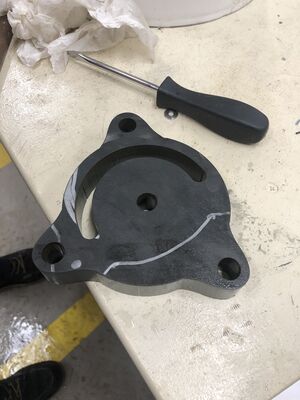 Quick Solution during a job 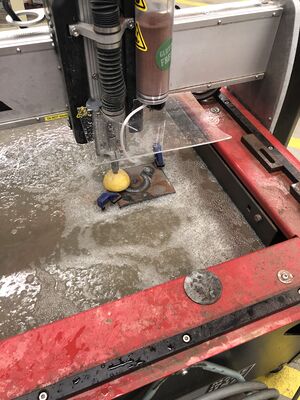 Casting is very useful for making things that have odd shapes. However, casting does have its restraints. One restraint is that there needs to be draft angles so that the model can come out without ruining the mold. I first 3D printed a shape with large draft angles to go through the process of forming the mold and pouring the pewter. I then 3D printed a tiki head to do another casting with the rest of the pewter I had. 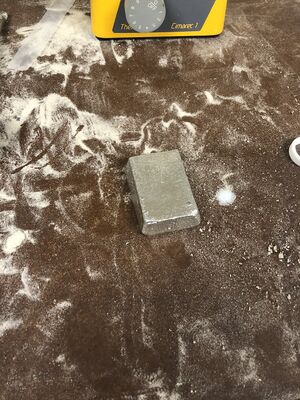 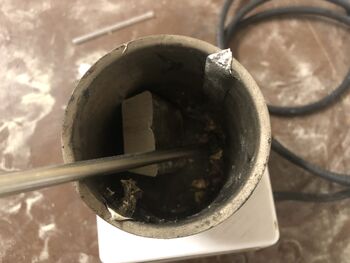 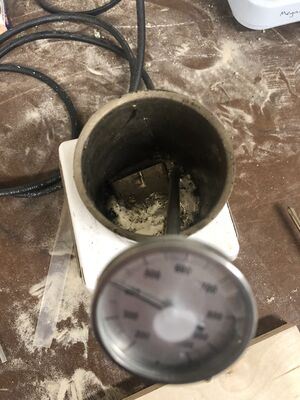 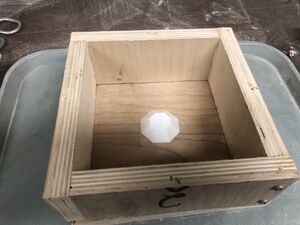 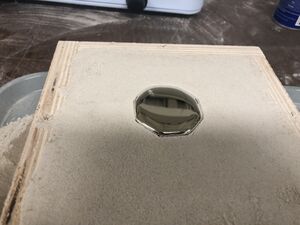 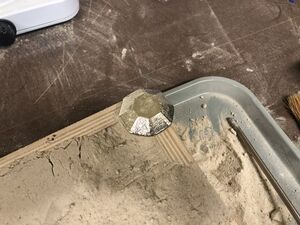 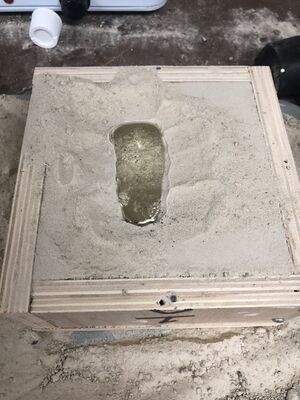 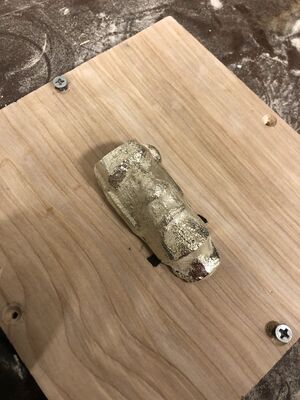