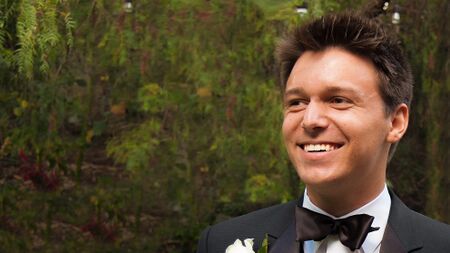 I grew up in Southern California and attended a project-based learning charter high school called High Tech High North County. While a senior, I helped start our high school's Makerspace. I most commonly worked with Makerbot Replicator 2 3D printers at the time, but have used most of the common large and hand tools typical to a MakerSpace. I was accepted to Tulane University in 2016, and began my attendance in Fall semester of that year. I am currently a Biomedical Engineering 4+1 Master's candidate.

I was asked to work in the MakerSpace and interviewed in Spring 2017 and began working in Fall of 2017. I have enjoyed making things for as long as I can remember. According to my parents, one of my first words was "router," and when I was an infant I enjoyed watching This Old House hosted by Norm Abram. As I got older, I learned all about tools, construction techniques, and workshop safety from my dad. These are skills I have carried with me for my entire life, and have helped lead me into my job as a Maker Ninja in the Tulane University MakerSpace. 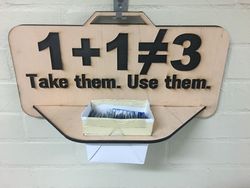 The finished product hanging on a wall hook. 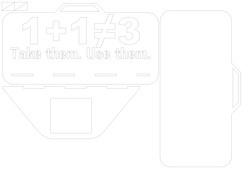 As a Resident Advisor, I highly encourage residents to practice safe habits, and one of those is practicing safe sex. Tulane's campus wellness center, The Well, distributes supplies and information for this purpose. They have condom dispensing stations in each of the residence halls, but there isn't one on my floor. Students can also request a free order of safer sex supplies through The Well, but that can embarrass some people, so I decided to place an order and then make a dispensing station for my floor. The condoms come from The Well in a couple of take-out containers, which I measured and designed the dispenser around. I used Illustrator to create the design and exported it as a pdf, seen to the right. I used the Epilog Helix 24 50W CO2 to cut my design on an 24"x18" sheet of 5mm 3-ply plywood. I spray-painted the backer-board and then glued it, the shelf, supports, and front together. Placing the trimmed take-out container into its hole, the station was finished.

I spent an entire semester creating the training program for Lathe CAM Training. I did this for credit as an independent study, supervised by Dr. Walker.

As an independent study in my Master's Program, I created a tutorial on Generative Design in Fusion 360.