featuring the Tulane students and also a promo for the entire series. 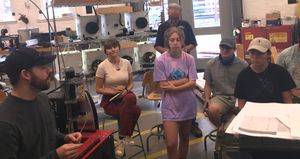